America’s Impact on Fire/Life Safety Around the Globe 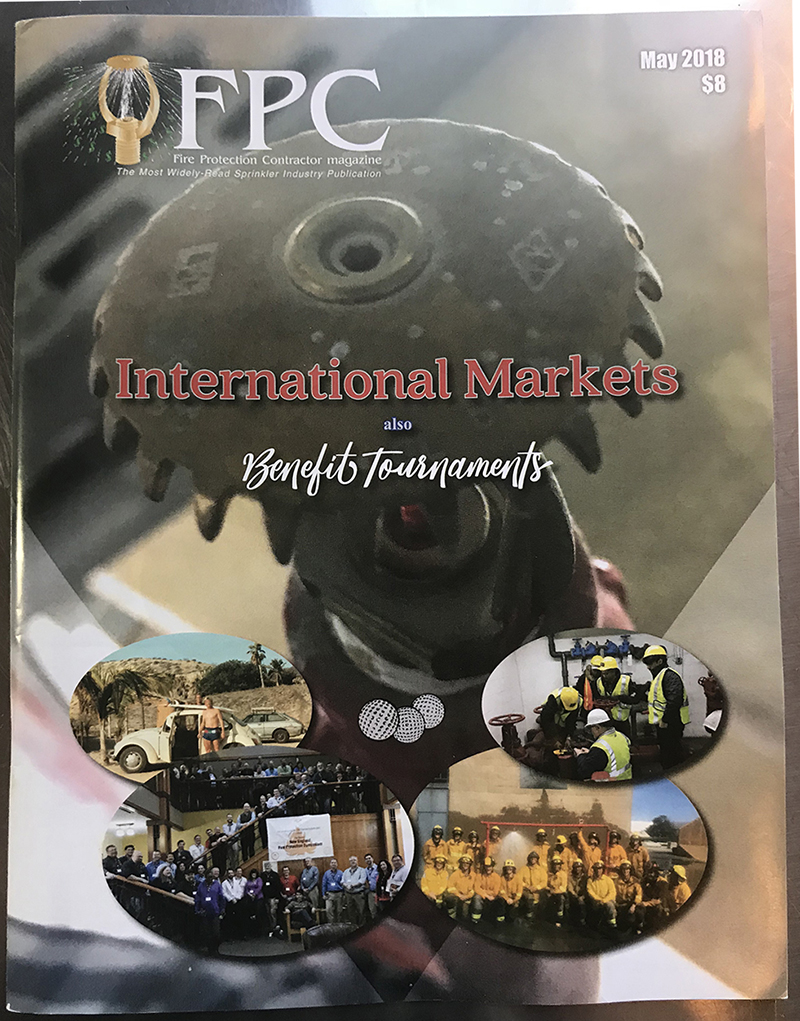 Posted at 22:00h in Company News by TERPconsulting Team 0 Comments

I have been fortunate to work on numerous sprinkler projects in my current capacity as a fire protection engineer with TERPconsulting and in a previous role as a general manager for an American fire/life safety consulting company based in the Gulf Cooperation Council (GCC) with primary focus in the Kingdom of Saudi Arabia (KSA) since 2012. Project scopes and sprinkler system types under my responsibility have varied greatly over the years, varying from residential applications and commercial systems (Light and Ordinary Hazard, Groups 1 and 2), including high-rise buildings, to industrial (oil and gas) applications and various storage facilities (I.e., in-rack, CMSA, ESFR, etc.).

Working in KSA presents a host of challenges, ranging from expected – a lack of familiarity with American codes, for instance – to the more obscure, such as the importation of goods due to strict import/export regulations. Having been founded by Americans back in the early 1900s, Saudi Aramco has served as the standard for fire protection/life safety in Saudi Arabia, particularly in the oil and gas sector. The effect of American involvement has led to a strict utilization of American-originated codes and standards (e.g. NFPA 13 and the International Building Code). This reach has extended into various commercial and retail sectors as well in more recent times.

Issues associated with sprinkler projects historically have had to deal with project execution and delivery, primarily due to unfamiliarity of the installing contractor with the intended design. Lack of access to formal training programs and inability to obtain qualified designers in the contracting market have led the industry down the path of requiring third-party design review and certification. While this requirement has led to better designs, it hasn’t always trickled down to the installation level, where oftentimes designs certified by registered fire protection professional engineers are completed without formal oversight due to logistical and financial restrictions.

Resolutions to these issues are an evolving task that fluctuates from project to project. Higher profile projects, where budgetary concerns are less restrictive, offer some relief by earmarking funds for professional and technical throughput. Other methods include hiring of expatriates familiar with American codes and standards. In-house training and internships have also been utilized by Saudi companies in an effort to obtain and retain this knowledge to varying levels of success. Due to the numerous AHJs operating throughout the KSA, a universal solution has yet to arise.

The best part of my job is when I can share my knowledge or teach. Whenever possible, we try to go out of our way to not only explain any comments, but also why the requirement exists. Not all are receptive to this type of dialogue, but the ones who are seem genuinely appreciative of the service we provide. Time spent explaining a particular requirement or design approach helps the client learn, while also furthering the overall fire protection mission – code compliant systems in buildings ultimately leading to a higher degree or life safety for all.

One of the major pitfalls of working on projects overseas is that oftentimes we become involved very late in the project. The inherent nature of construction in KSA is that the installation proceeds while the design is still being done or is believed to be done. That often comes to a halt once they become aware of the third-party design review and/or certification requirements. The hardest, and often worst, part of the job is communicating to the contractor that has done this preliminary design work and/or installation is that the system does not meet NFPA 13/30 requirements as is presently configured. Once this initial hurdle and the schedule impact are overcome, the project can proceed onward quickly.

KSA project durations range rather substantially from a couple weeks to years, depending on the project size and scope. In many cases, complete underground supply networks need to be designed, installed, and commissioned before a sprinkler design gets off the ground. This is indicative of a developing country actively working to improve its infrastructure, while also trying to evolve to modern technologies. Due to qualified designers often not being retained by installation contractors, the third-party design review process can extend design durations while the qualified party gets up to speed on the project prior to certification.

The utilization of US labor and/or materials, in some cases, is not a choice to many building proponents, as is the case on many Saudi Aramco projects. In general, the desire to have American products is a borderline point of pride for Saudi construction. It insinuates a minimum level of quality and safety, although many do not understand the product is only as good as the installation.

“Made in the USA” continues to be the standard for which all other fire protection equipment is measured throughout the KSA market; however, due to increased demand and quantity of projects, project managers have had to get creative in regard to how to source material. This has led to other countries becoming actively involved in the market, specifically Asian and European companies.

Coincidentally while writing this piece, I was in transit to Saudi Arabia working on a unique high-rise project. While on site, I was able to discuss the topic of American products and engineering oversight with both contractors, project managers, and the AHJ. Some expressed optimism, citing more local training initiatives; while others voiced frustration associated with inconsistent requirements from project to project (and AHJ to AHJ). One common theme that exemplified all the conversations I had was “progress.” Progress in the form of training, progress in the form of experience, progress in the form of exposure, and progress in the form of necessity. This struck me as an inviting attitude to maintain, and I look forward to being a part of that progress one project at a time.

More about Wayne:
Wayne Griswold, PE, CFPS, has more than five years’ experience with projects in the Kingdom of Saudi Arabia. Mr. Griswold is currently a fire protection engineer for TERPconsulting, managing their Denver, CO regional office. When not overseeing fire/life safety projects, Mr. Griswold enjoys hunting, spending time with his wife and dogs, and enjoying the Colorado outdoors.

This article appeared in the May 2018 issue of “Fire Protection Contractor” magazine.